I studied Psychology at Ludwig Maximilians University Munich (1986-88), free painting at the State Art Academy Munich (1988-91, class Prof. Jürgen Reipka), and in 1997 I made my diploma in Communication Design at the State College of Design, Munich.

Fusing the inputs of my commercial training and my education as a free artist, I express in many various media – like painting, digital design, interactive video and conceptual installation work.
As a result of my chaotic mixed-media working habits, a language of forms showed up, which consists of circles, dots and lines in serial patterns, building up grids.
Since the mid-nineties I basically use the circle with a dot in the middle as a symbol for unity and connectedness, spreading energies with a high frequency of vibration, like unconditional love, peace, happiness, joy, freedom, gratitude and truth.

In it’s beginnings in the 90’s, I first used the symbol to carry archetypal feminine energies, which I percieved to be poorly represented within the architectures of worldwide societies. In my eyes the overload of male-dominated archetype structures entailed fatal consequences – like war and destruction, ruthless enrichment and abuse of power allover the planet.

The concept of my art then simply targeted a widespread allocation of the energy of love and light, intending to broadcast healing seeds of wholeness.

In the process of my personal development, I have come to a more holistic viewpoint about the integration of male and female polarities. So I have given up the purely feminine load of the symbol to the benefit of an energetic equilibrium within the polarities. 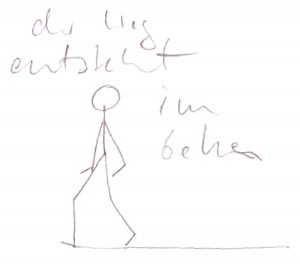